One difficult decision newly separated or divorced parents face involves choosing where the children will live. The parent who has primary custody of the children is called the custodial parent. However, the noncustodial parent will be able to have regular visits with their children.

Parents are able to have joint custody of their children. Unfortunately, this does not mean the time is divided evenly among each parent.  Instead, it refers to a living situation where the children live part of the time with each parent rather than living with one and visiting the other. With joint custody, the parent who has the children the majority of time is called the primary custodial parent. The decisions for custody are important since they directly impact visitation schedules and child support amounts.

You Have Rights-Hire An Ogden Lawyer

Many parents think if they do not have physical custody of their children, they do not have the right to make important decisions.  In most cases, regardless of the custody arrangement, both parents continue to share responsibilities and important decision making.  These decisions involve education, health, and the overall well-being of their children.

Get The Right Legal Help

Circumstances can change after an agreement is made, making it necessary to modify custody. Some of these changes may involve one parent moving, or the primary custodial parent is participating in harmful activities, such as drug abuse. In such cases, the courts can change custody orders if the environment is unhealthy for the children. It is important to understand how overwhelming the child custody process is. Your attorney can help in the following ways.

At Macfarlane LegalWorks, we understand how difficult child custody issues can be. It is our top priority to give you the legal support needed for the best possible outcome. 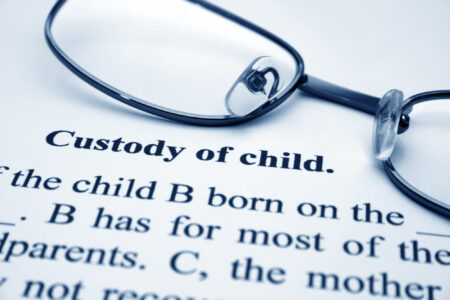